ALL PURCHASES COME WITH A 30-DAY MONEY-BACK GUARANTEE! 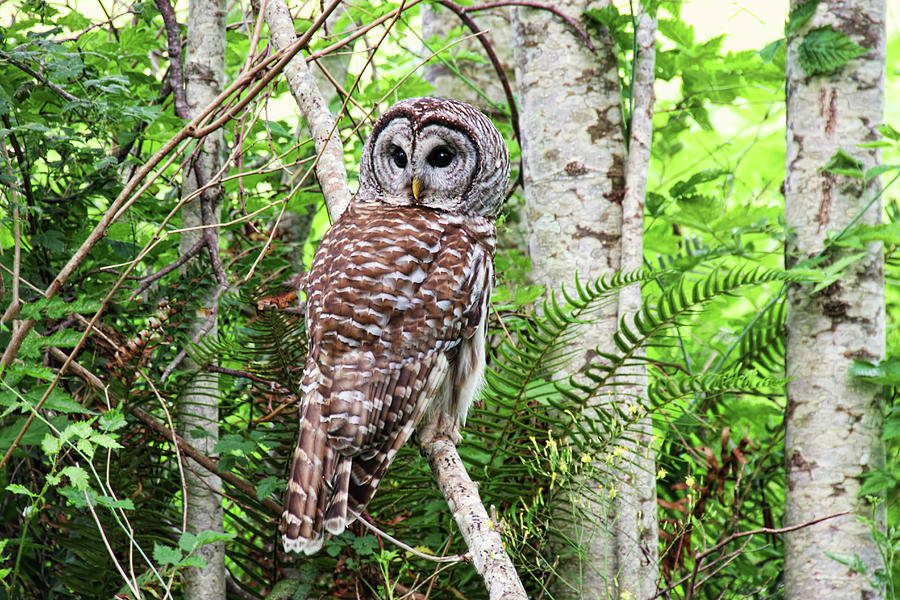 I saw a lot of this barred owl during nesting season, when owls show themselves more often during daylight hours so that they can catch prey to feed their young. This handsome barred owl landed very close to where I was standing, interested in catching a snake that he could apparently hear in the underbrush.

Photographed in Pender Harbour on the Sunshine Coast of British Columbia, Canada.

Congrats on your special feature!

Congratulations! Your fantastic photographic art has been chosen as a Camera Art Group feature! You are invited to archive your work in the feature archive discussion. There are many other discussions in the group where you can promote your art even further more.

Thank you for your wonderful submission to the Pacific Northwest Artists (PNA) group. Your artistic creation has been featured on the home page. This art represents the best of us so a well-deserved “congratulations”. For permanence and additional exposure, please place your art piece in the “Discussion” section titled: featured in 2022.